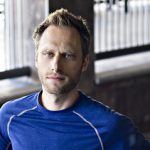 There are a lot of things to love about Jesse van Dijk. His personal take on the american dream only increased his popularity in the Netherlands, making van Dijk a true role-model for fellow artists. More importantly however, once he was over the ocean he continued to excel and develop which prompted him do be called “one of the best video game concept artists on the planet” by Kotaku.

His roots come from industrial design where he first tackled creating beautiful virtual objects (so “no coffee-machines” as he likes to point out). His works caught the eye of Guerrilla Games and landed him a job for the KILLZONE video game. From there, sky was the limit! His stunning and incredibly detailed designs got him the international recognition he deserved and had him invited to join the Bungie team in the US.

He currently works there as an Art Director having substantially contributed to turning his ‘pet’ video game project DESTINY into the smashing franchise it currently is. In addition to his work in the games industry, Jesse has also done freelance work for major Hollywood film studios and international book publishers.