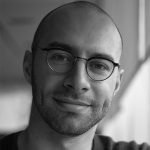 He has an impressive track record for a concept artist, having collaborated with companies like Paramount Pictures, Warner Bros, Lucasfilm, Tristar, Framestore, EA, Marvel Animation and Ubisoft, to name a few. Even more impressive however, is the fact that working as a concept designer came later as a career option for Jan Urschel. After finishing high-school, Jan first found himself interested in the Japanese studies, this prompting him to also move to Osaka. There, he discovered and nurtured his affinity for design, working as a freelance graphic designer. Ten years down the line Urschel decided it was time for another change so he enrolled in the FZD School of Design to study concept art.

Upon graduating he got hired right off the bat at LucasArts studio where he started working at his first Star Wars project: Star Wars 1313. He would later revisit the franchise, being involved in the development of Star Wars Galaxy of Heroes as well. From the Lucas studios, Urschel migrated to Ubisoft where he worked for the extremely popular game franchise Asassin’s Creed (the Black Flag and Unity installments). His notable craftsmanship and recognition within the industry, prompted him with enough confidence to free-lance. A wise decision, given he has since managed to collaborate for so many notable projects such as: Borderline, Guardians of the Galaxy, Star Citizen and Call of Duty. As a matter of fact “working smart” is one of the things Jan Urschel thinks will get you further.

“Everyone works hard”, he says, “you also have to work smart - meaning, think about what you need to work on, focus, organize, learn about time management etc. It will greatly speed up your learning."