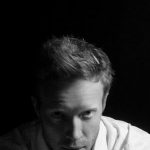 Chris Rosewarne is a british concept artist and illustrator working in the film and television industry. His fast cinematic renderings and industrial prop designs have brought him to projects internationally from L.A. to London and many studios across Europe. Among his most noteworthy projects are: Reign of fire, The brothers grimm, Skyfall, A good day to die hard and Dark shadows. He has worked on a wide range of productions, from making high-tech designs and atmospheric key-frames for George Lucas’s STAR WARS TV series, to intricately detailed matte paintings for the BBC’s documentary series PLANET DINOSAUR. In 2012, Chris received an Emmy nomination for his work with Jellyfish Pictures for “Outstanding Special Visual Effects” on the series INSIDE THE HUMAN BODY.