Our guest is Director Local Original Productions of Disney+ Benelux, Mascha van Erven. In an informal interview she will give an insight to the development of drama series through sharing her own experiences. How are drama series developed? What are specific routes, do’s and don’ts and what have been important changes in the field over the last decade? Being experienced in both the ways of national tv and a streaming platform she can will give an insight in both worlds.

Mascha van Erven had a long career in the development of drama series for national broadcast channels. For 8 years she was responsible for all scripted and unscripted content at Omroep MAX. Here she co-produced scripted series such as Moeder ik wil bij de revu, De Zaak Menten en Het geheime dagboek van Hendrik Groen. In 2017 she chose to specialize in scripted content only and made a transfer to the KRO- NCRV where she was Head of Drama. Here she co-produced series such as Hoe mijn keurige ouders in de bak belandde, Zina, Swanenburg and to be broadcasted later in 2022 Rampvlucht; a journalistic conspiracy thriller about de Bijlmerramp. Mascha was also involved as a producer for films like De Veroordeling and De Beentjes van St. Hildegard. Beginning of 2022 she was asked to join the Disney+ Benelux.

Within Disney+ she is currently developing the first Dutch original scripted series Nemesis. An 8-crime series about greed and corruption in high profile organizations within the Dutch government system. But also a story about a woman standing tall in a men’s world. A high-quality and high profile Dutch spoken drama that can compete with the major titles of other European countries.

Afterwards there will be time for drinks, ticket prices include one drink at Natlab. This event is English spoken. 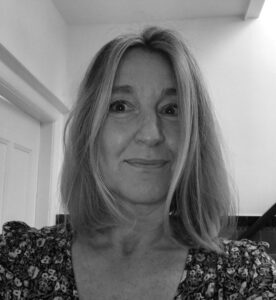