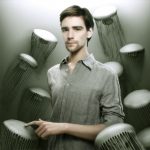 His short film Duet started to gain public attention and had a series of successful festival plays. Follow up short film swim went global and brought home several awards and nomination, After his study he completed a study at Gnomon, School of Visual Effects in Hollywood. In 2008, Sil went back to Gnomon, this time as artist in residence, where he finished his second music video titled White Swan. Sil is represented in the USA by Mothership, sister-company of Digital Domain. In 2011, Sil and Rutger Hauer co-directed the short film Requiem 2019 which is rolled out over 2012. It will premiere at Playgrounds and Mr. Hauer himself has confirmed he will attend Playgrounds Vs Submarine Channel. In 2012 Sil also directed the black and white video Tommys Theme for dutch dubstep / dnb act Noisia.